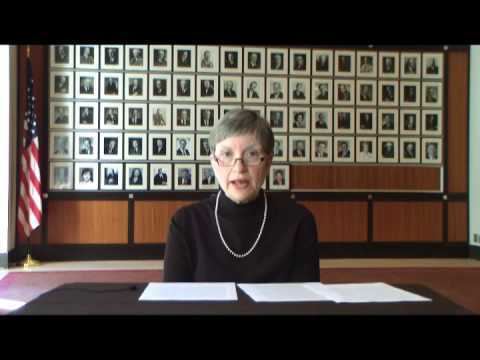 In what is likely the most important Illinois civil rights case in over 40 years, Judge Joan B. Gottschall made the right call in her ground-breaking opinion in Koss v. Norwood (Case No. 17 C2762).  This case is important because it shows that ordinary people have the power to fight back against the abuses of a state government bureaucracy  that has consistently been downright hostile to the rights of our elderly, for desperately needed medical care in skilled nursing homes.

The opinion mandates that the Illinois Department of Human Services (DHS), which runs the Illinois Medicaid program, make “presumptively eligible” all nursing home Medicaid applicants after the initial 90-day approval deadline has expired.  Gottschall’s opinion is a much-needed step in the right direction to solve the blatant civil rights abuses of elderly Medicaid applicants, which has been standard practice at DHS for many years.

Federal law requires that Medicaid applications be decided within 90 days.  Yet, DHS is notorious for dragging out decisions for well over one year, and denying Medicaid applications, often with no basis.  This puts the entire medical and nursing home system in jeopardy, as nursing homes are not paid until the Medicaid applications are approved.  Anyone who has ever applied for Medicaid in Illinois, knows that Illinois DHS is extremely difficult to deal with.  DHS is next to impossible to contact by phone or by email.  The various departments within DHS appear to have no effective communication among themselves.  Documents sent in by applicants seem to get lost over and over again.  Unreasonable document requests (for example from dead former spouses) are relentless.  It doesn’t matter to DHS that the applicants are the most vulnerable, elderly and sick of our community.

Most seniors are not fortunate enough to know that many of them are entitled to Medicaid benefits for nursing home care, and that they do not have to become totally impoverished by the high costs of nursing homes. That is the law. Yet it seems both nursing homes and DHS fight tooth and nail to make sure that seniors either do not learn about or do not receive Medicaid benefits.  Why is that?  Well, nursing homes of course want to make as much money from private pay as possible — their profit motive is clear and understandable.  But why would the State of Illinois be so bent on denying Medicaid benefits for the elderly in need?  I believe that this practice by DHS merits further investigation. The public is entitled to answers.

If you have a Medicaid application that has been pending for more than 90 days, or if you feel that Illinois DHS has violated your civil rights in other ways, including a failure to provide proper notices, improper rejection of Medicaid appeals, and improper Medicaid denials, please contact my office for further information at Ph. 847-410-9131.

COVID-19 IMPORTANT NOTICE: Edelson Law, LLC is an essential business and is open during our normal business hours (Mon-Thu 9:00am – 5:30pm and Sunday by appointment only). To ensure public safety our physical office is presently closed, and we are working remotely by email, phone and video conference to serve new and existing clients. Please contact us at 847-410-9131 or via email, so we can serve your legal needs during this time of crisis.